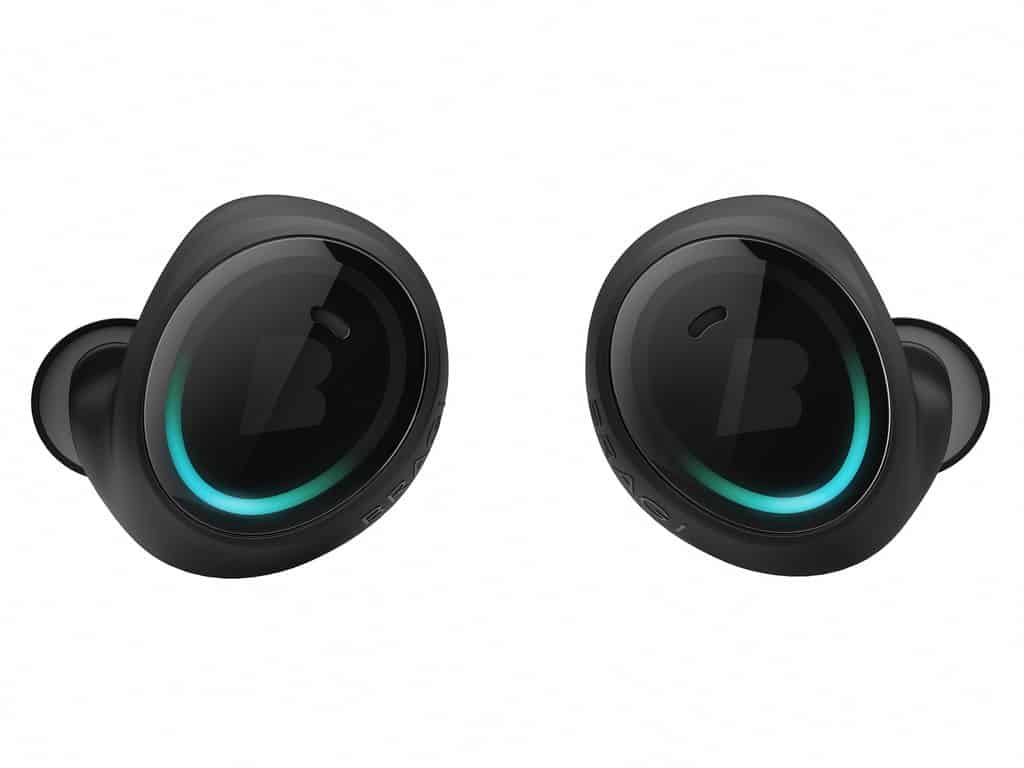 The earbuds are able to translate almost 40 languages.

Much of what’s in Douglas Adams’s Hitchhiker’s Guide to the Galaxy remains firmly in the world of science fiction: the ability to travel faster than the speed of light, teleportation, polite doors with personalities. But one advancement—the Babel fish that can translate different languages in real time—might be one step closer to becoming a reality, thanks to a collaboration between the app developers at iTranslate and the audiophiles at wireless earbud company Bragi. While it’s not an actual fish, nor does it allow you to talk to aliens (yet), the new technology could make it a lot easier to find, for example, that unmapped pho stall in Hanoi or ask for subway directions in Tokyo.

Released today, Bragi’s Dash Pro fully wireless earbuds are what the company’s calling “the world’s first language translating ear computer”—essentially, earphones that can also translate nearly 40 different languages in real time when connected to the iTranslate app. By combining Bragi’s hardware with iTranslate’s groundbreaking speech recognition and translation software, it is a fully integrated system that takes in one language, and sends out another, right into your ears.

iTranslate and the Dash Pro work in tandem in two different ways. With two pairs of Dash Pros, you can use what is called “AirTranslate Mode”: Each user connects their earbuds to their phone via Bluetooth, after which you can launch into a full-on conversation in two different languages. During a demo, I had a fluid—albeit not exactly thrilling—conversation with iTranslate’s CEO Alexander Marktl about the price of a bottle of water: I was speaking Spanish, he was speaking German. But, it’s unlikely that your cab driver in Lisbon is going to happen to be rocking a pair of Dash Pros as well, and that’s where the single device mode comes in. Connect your one pair of Dash Pros to your phone via Bluetooth, set the languages, and then just hand the phone to your companion, who will then be able to hear and respond to translations using the phone, while you use the ‘buds.

It’s not a perfect system—the first to market rarely is. Bluetooth can be a frustratingly fickle transmission technology, especially when multiple devices are involved, and live translation currently only works when you’re connected to the Internet (offline functionality, Marktl told me, is on the way). Additionally, sometimes during my brief demo with the system, it wasn’t exactly clear when the app started recording for translation. The ability to start a translation by tapping an earbud was nice, but an optional gesture-detection feature that allows you to do the same by nodding your head was more confusing than it was convenient (turns out, I nod a lot). But these are by and large software problems, and with further updates of the operating systems the minor annoyances will likely be ironed out.

In the meantime, the Dash Pros, which also work as regular microphone-equipped earphones carry a price tag of $329. To use the Dash Pros for translation purposes, you’ll need the iTranslate Pro app ($5 a month after a free month’s trial) and an iOS phone (Android compatibility is coming soon). If by chance you are the early adopter type, and currently own Bragi’s first-generation Dash earbuds, you’ll also be able to use those with iTranslate after an operating system upgrade.

Last year, Waverly Labs announced the Pilot earpiece, which promised to translate in real-time. Almost exactly a year later, the product is still only available for “pre-order” and a Snopes fact-checkof its existence has come up inconclusive, saying “We were unable to locate any accounts of individuals who’d tested prototypes of the device.”

The Hitchhiker’s Guide called the Babel fish “probably the oddest thing in the Universe.” While we’re not going to go that far with this collaboration, it certainly is exciting to have seen it in action—even with the occasional hiccup. It bodes well for the future of communication, which no longer rests on a t-shirt filled with icons you can point to—yes, actually a thing.