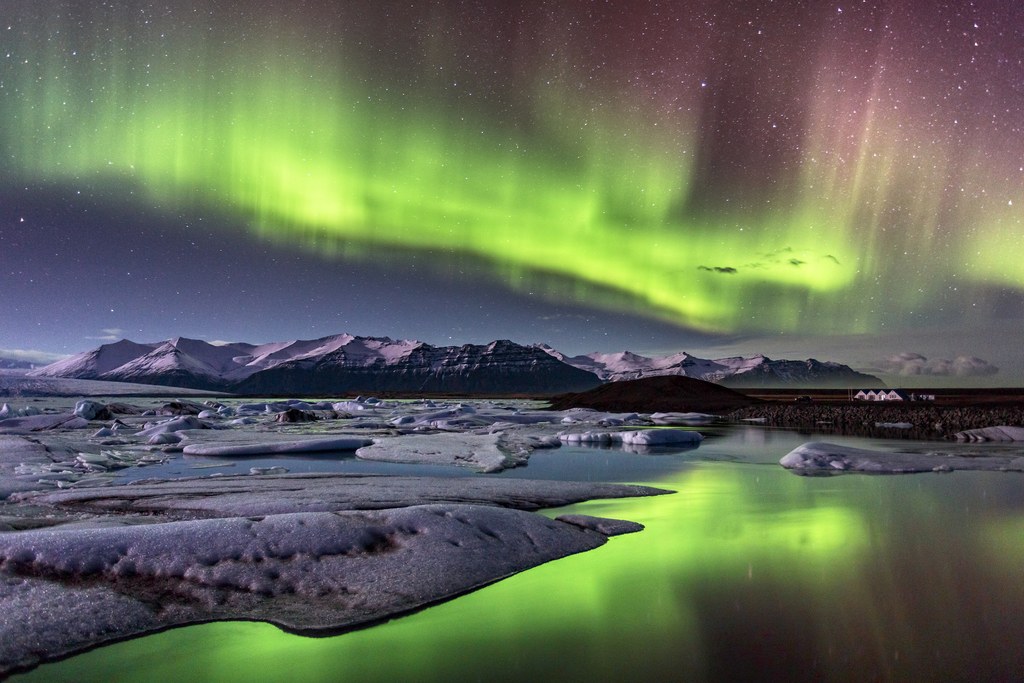 Cross an item off your bucket list in style.

The long, dark nights of fall and winter bring one bright spot to those who venture to the northern hemisphere’s most northerly reaches: the chance to see the mesmerizing Northern Lights. Each year, several cruise ships sail into the Arctic Circle between September and March, offering guests front-row seats in search of this hauntingly beautiful natural phenomenon.

While most aurora borealis-themed itineraries stick to coastal Norway, some expedition lines voyage to the Nordic regions of Iceland and Greenland, too. Apart from viewing the hypnotic light show, guests can indulge in excursions that highlight the Arctic environment—think dogsledding, snowmobiling, tundra hiking, overnighting in a snow-ice hotel, and more. Here, three high-latitude itineraries for 2017, each with great odds for taking in the Northern Lights. So pack your arctic gear, camera—and patience!—and get ready to set out in search of nature’s grandest illuminations.

This Norwegian fleet—part pleasure cruise line and part lifeline ferry system for Norway’s coastal residents—has been plying the waterways off of Norway since 1893. While a handful of other cruise lines run Northern Lights-primed winter sailings in the Norwegian Arctic region, nobody beats Hurtigruten in terms of experience or for sheer selection of itineraries, with a dozen ships (accommodating 335 to 822 guests) running daily cruise departures during aurora borealis season.

Choose from 5-, 6-, or 11-night itineraries that port-hop between Bergen and Tromsø (set smack in the center of the magnetic North Pole, which is primed for lights viewing) or Kirkenes (close to the Russian border) in the north. En route, set out on excursions like an evening snowmobile or dogsledding “Northern Lights safari,” or a tack on a pre- or post-cruise overnight stay at the Kirkenes Snowhotel, equipped with Norway’s largest ice bar, or in a traditional indigenous Sámi lavvo (tent) outside of Tromsø, where you can experience reindeer sledging. For an added cosmic-themed treat, consider signing up for special astronomy voyages, helmed by guest astronomers; Hurtigruten even offers a one-off sailing this March where you can hobnob with a NASA astronaut on board.

Bonus: The company is so sure that you’ll catch the lights on their 11-night voyages that they guarantee them via their “Northern Lights Promise”: If the lights don’t make an appearance, they’ll send you on a 5- or 6-night sailing the following winter season, free of charge.

Specializing in polar expeditions to the Arctic and Antarctic, Quark Expeditions journeys to the furthest reaches of Greenland, where guests can mix in Northern Lights viewing with exploration of the world’s largest fjord system, tundra hikes, Zodiac cruises and kayak rides through iceberg-pocked landscapes, visits to indigenous Inuit communities, and wildlife spotting of musk oxen, polar bears, arctic foxes, and whales. Choose from a handful of 9- or 12-night “Arctic Express” itineraries aboard the Danish-built, Scandinavian-styled Ocean Nova, a 78-passenger arctic expedition ship that hones in on the Northern Lights show above Greenland in September 2017. (Guests meet up in Reykjavik before continuing on by air to Constable Point, Greenland, to begin the expedition.) On board and ashore, several earth science specialists are employed to interpret the aurora borealis and other aspects of the snow-smothered arctic landscapes via lectures and outings.

Lindblad Expeditions, with a half-century of expedition travel under its belt, is the go-to operator for ecotourism-minded, small-ship voyages to some of the most remote regions of the world. In 2017, the line is debuting a 7-night “Hot Springs and Icebergs: Iceland to West Greenland” itinerary, with a duo of late August/early September sailings that are timed to coincide with the kickoff to the aurora borealis viewing season.

During the Icelandic land-based portion of the trip, guests have three days to dip into the steamy geothermal baths of the Blue Lagoon, ride an Icelandic horse, enjoy a private dinner and musical performance on Viðey Island, and sample the cuisine and attractions in Reykjavik. In Greenland, guests embark on the 148-passenger National Geographic Explorer from the transit hub of Kangerlussuaq to survey the vast ice cap, glaciers, fjords, and icebergs that define this nation’s icy landscape, via excursions that include hikes, kayaking trips, Zodiac sailings, and bird’s-eye charter flights.

Whenever the Northern Lights appear, expedition staff work to set up viewing opportunities on deck, Zodiac boats, or land. Throughout the trip, expect expert interpretations of the lights and arctic environment via lectures, daily happy hour recaps, and shore excursions. The expedition team roster includes naturalists, mammal and marine biologists, an anthropologist, an undersea specialist (the ship’s uniquely equipped with underwater cameras and a hydrophone), and a National Geographic photo instructor who leads photography workshops on capturing the Northern Lights.