This Robot Suitcase Follows You Around and Answers Voice Commands 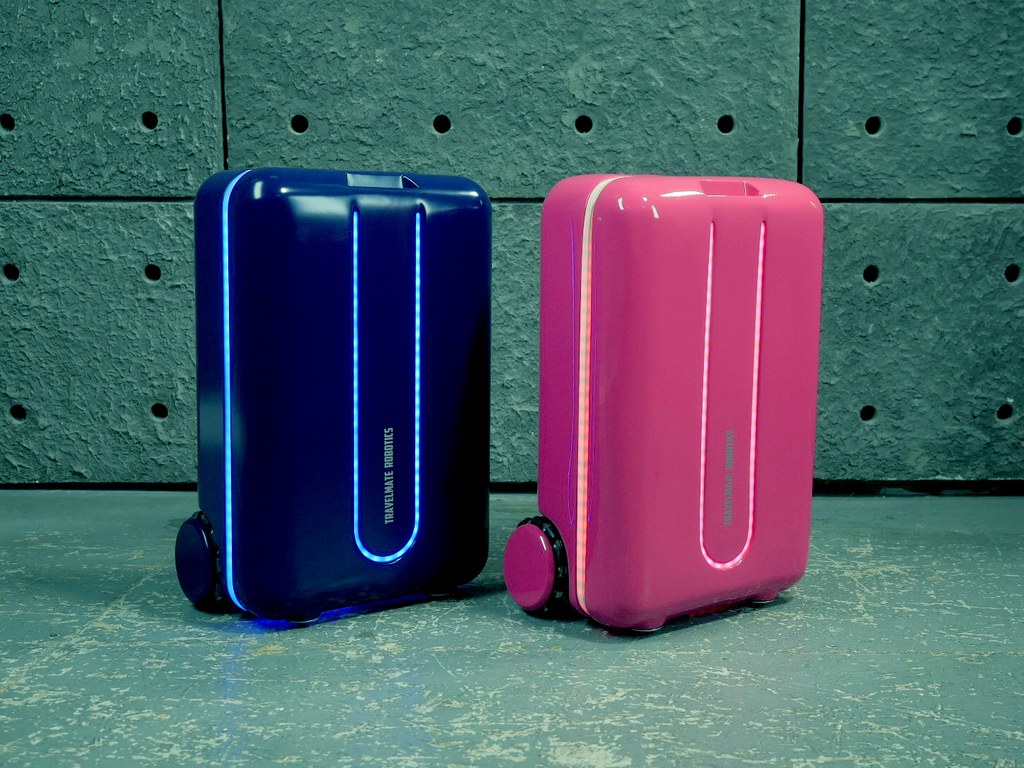 A snapshot of the near future: You’re speed-walking through a bafflingly designed airport, coffee in one hand, phone screen boarding pass in the other, minutes from your gate closing; a few feet behind you, your carry-on suitcase deftly weaves through the crowds all on its own. That, at least, is how Travelmate Robotics, a San Francisco-based company set on creating the first “true fully autonomous suitcase,” sees it.

Launched with a crowdfunding Indiegogo campaign last year, the now fully funded project will begin shipping robots in three different sizes in June to its original backers, according to the Indiegogo page (the company did not immediately respond to a request for confirmation about the current state of production).

With your smartphone as its hub, the suitcase uses artificial intelligence and an array of sensors to follow you while avoiding obstacles. It moves both upright or flat on its side, like an oversized Roomba, and unless you’re Usain Bolt, its max speed of 6.75 miles per hour will have no trouble keeping up with you. The robot also responds to voice commands (“Stop!”) or simple hand gestures (a promotional video shows the suitcase pirouetting in response to a hand-spinning motion). Along with the digital weight system and device-charging capabilities we’ve come to expect from next-generation suitcases, Travelmate cases also lock and unlock using a fingerprint in addition to a conventional, TSA-compliant locking mechanism.

The suitcases have a battery life of 4 hours in fully autonomous mode, and when it’s dead you’ll just have to carry it temporarily like a normal suitcase. Some other fun features? You can name it whatever you like and it will respond to commands—like if you’re a Star Wars nerd, “BB-8” can do your bidding; ultra-sensitive “omni” wheels mean it can navigate tight turns to avoid kneecapping stranger; the inclusion of a camera mount close to the handle means a Go-Pro or 360 camera doubles the case as your personal camera operator; and LED lights not only serve as a battery life display, but also make you look like you’re from the Tron universe.